I can’t even begin to describe the atmosphere in the City of New Orleans yesterday and today (and probably tomorrow, right on through til Mardi Gras!) Since the Saints win over the Colts yesterday, there’s been a sense of euphoria throughout the city. The general consensus is that this tops even Mardi Gras as far as crowds and celebrating goes. 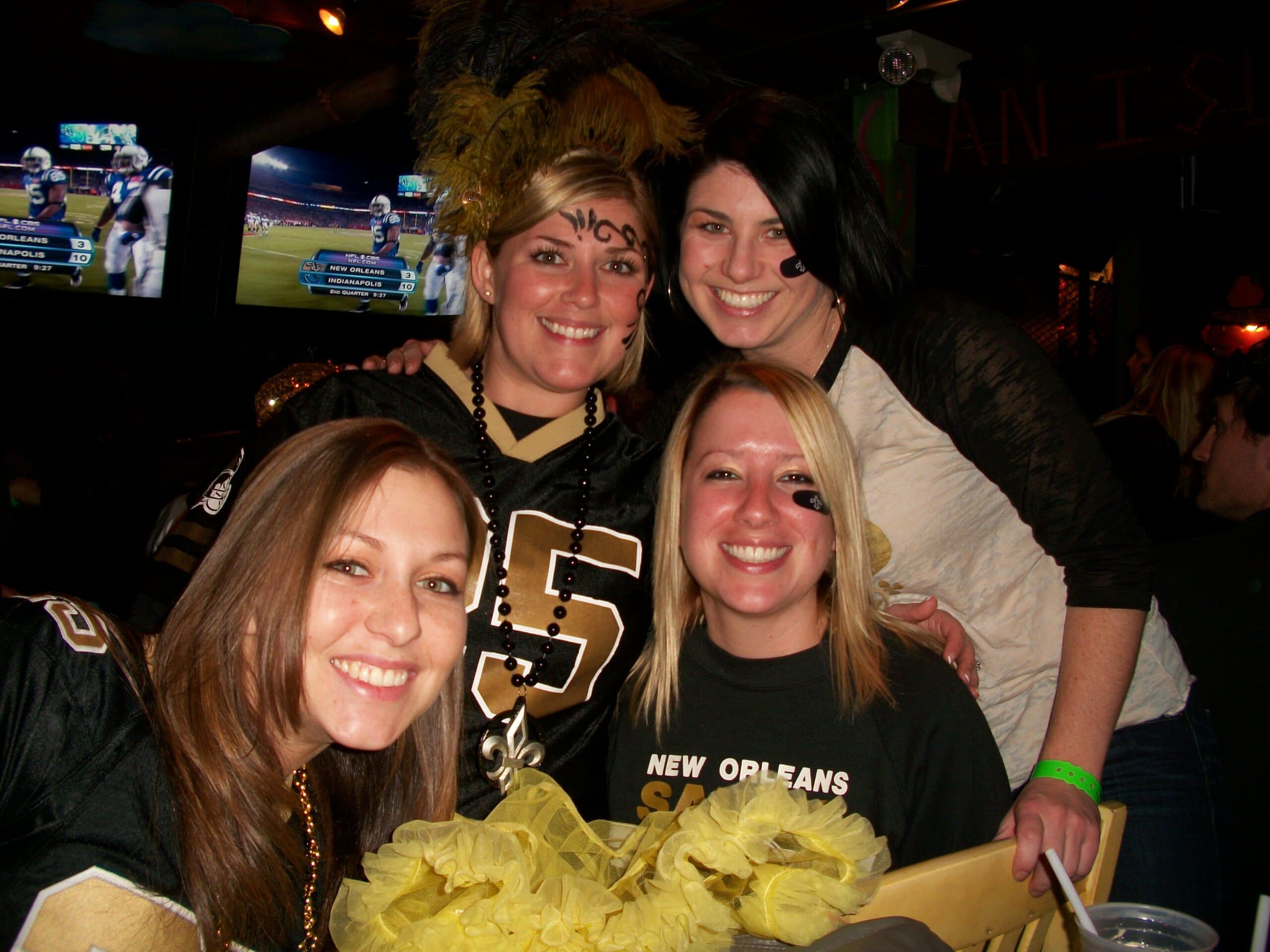 Me and the girls from work

I spent the Super Bowl in the French Quarter, which was a wise choice. I work with Blond Colleen (I’m Brunette Colleen obvi) and her boyf and his buddies rented out the entire second story of Jimmy Buffett’s Margaritaville for a huge Super Bowl party. We all threw in and that got us all we can eat, along with an open bar. It was, by far, the way to go. Not too crowded but definitely full and Blond Colleen’s mom and step dad staked out a table front and center of one of the huge flat screen TVs so we all had a great view of the win. 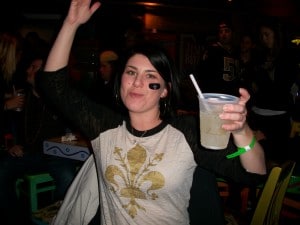 The game was so fun to watch with everyone. It’s easy to make friends when everyone is a Saint’s fan! It was clear (in our minds) after the pick-six that the Saints had won the Super Bowl and the place erupted in hugs, fist pumps, and in some cases, tears of joy. I don’t think I have ever hugged so many strangers in all my life! People were just hugging anyone near them and jumping up and down! 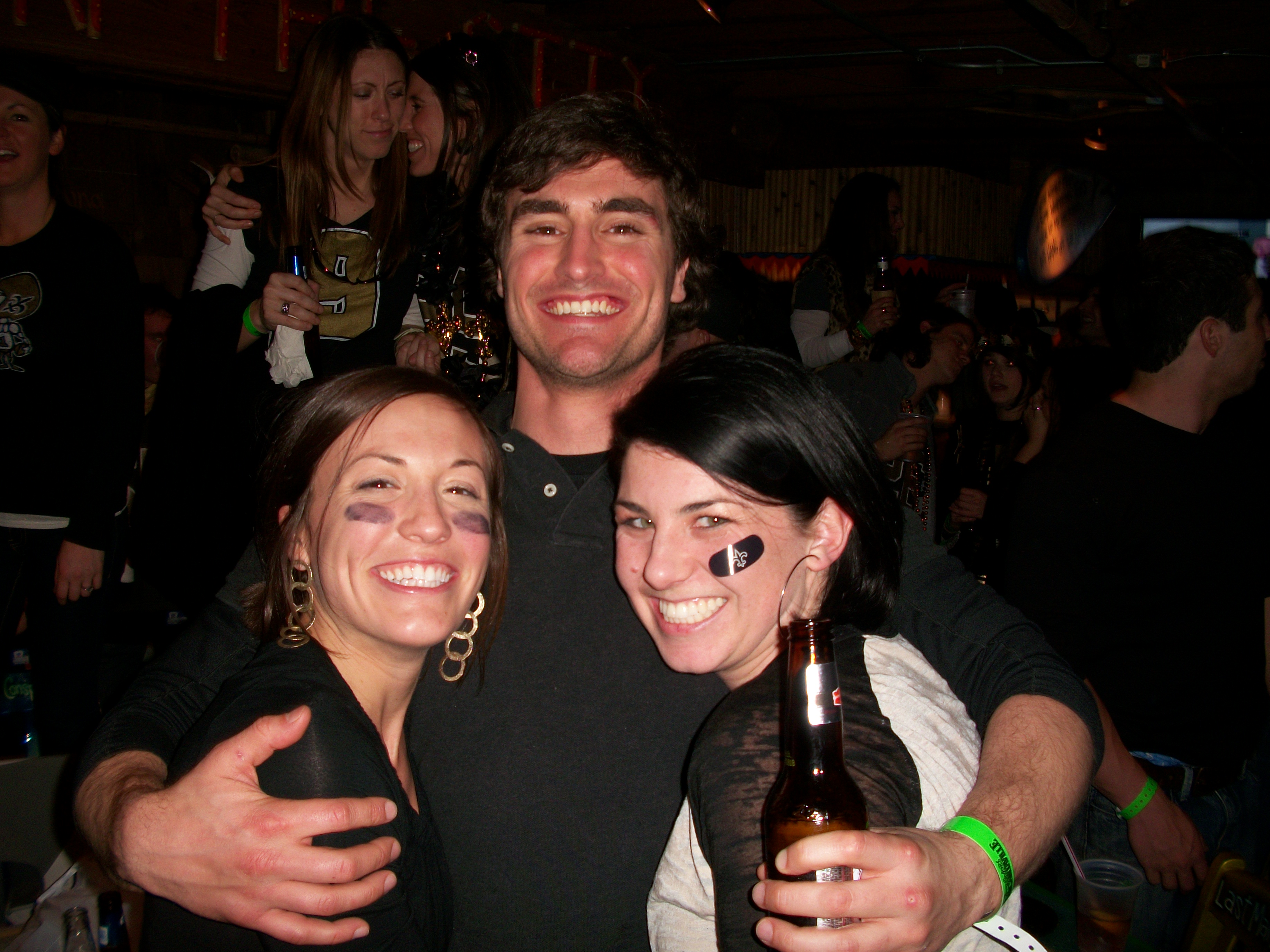 I met these people at the party

When it became clear that the Saints were going to emerge victorious, I took a little video (after I did my fair share of jumping up and down and high-fiving, that is) 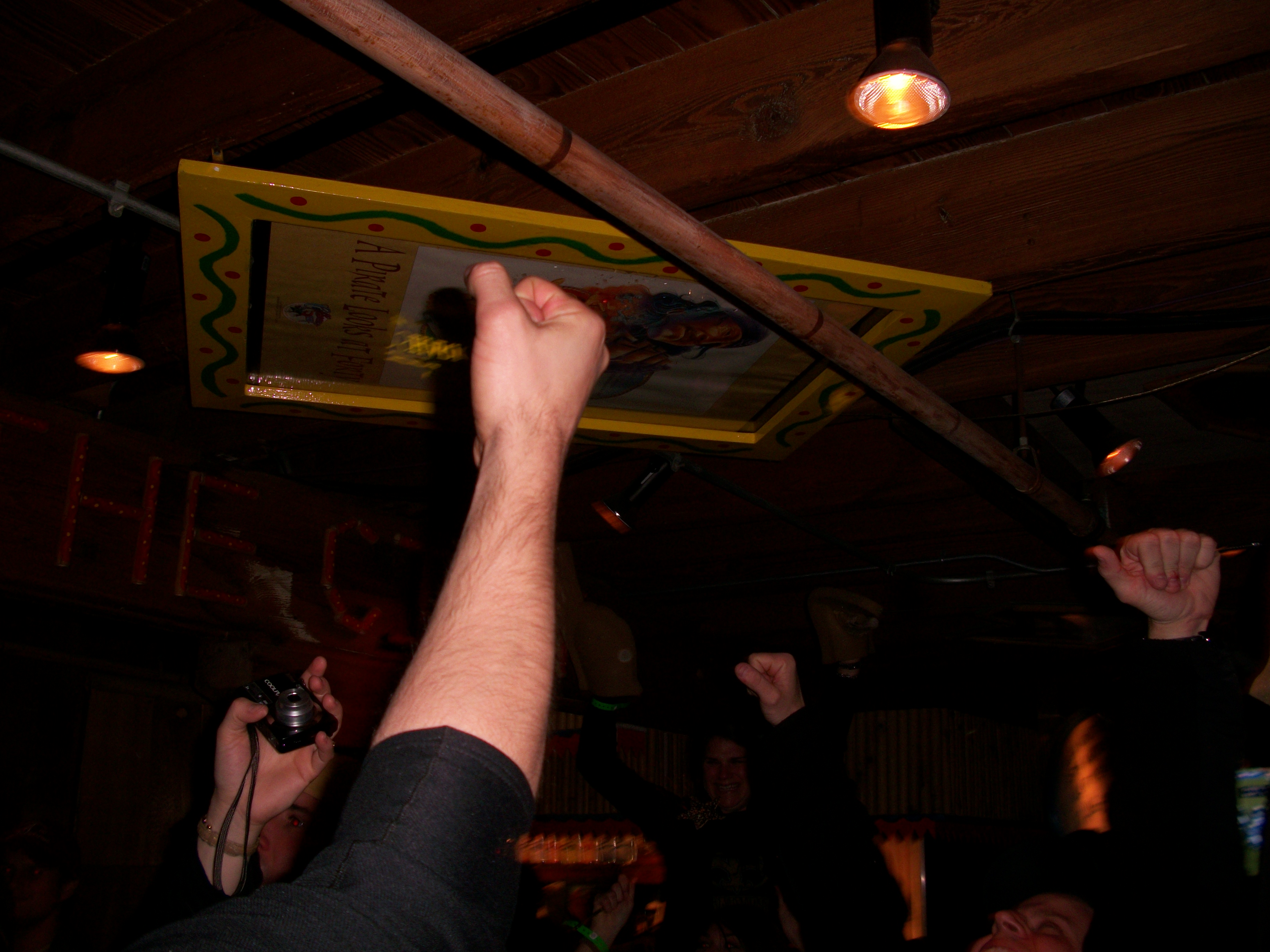 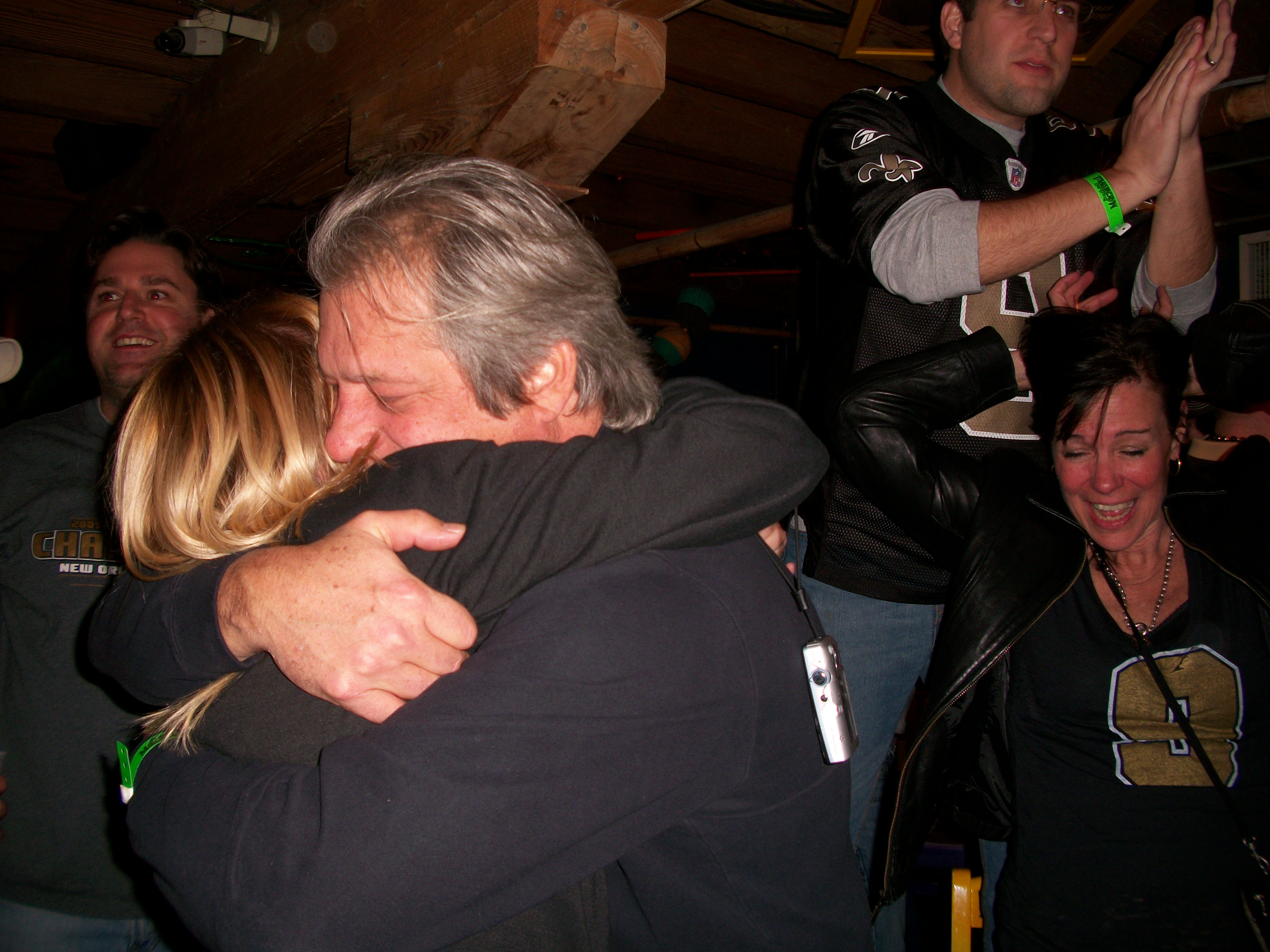 Blond Colleen and her step dad celebrate the win

After the hugging wound down, we headed to the balcony to see the celebrations going on below. Margaritaville is actually on Decatur so I wasn’t technically on Bourbon (I was about 3 blocks from it). There were cars parading down the street blasting music, horns honking, good-spirited mayhem and everyone was celebrating. 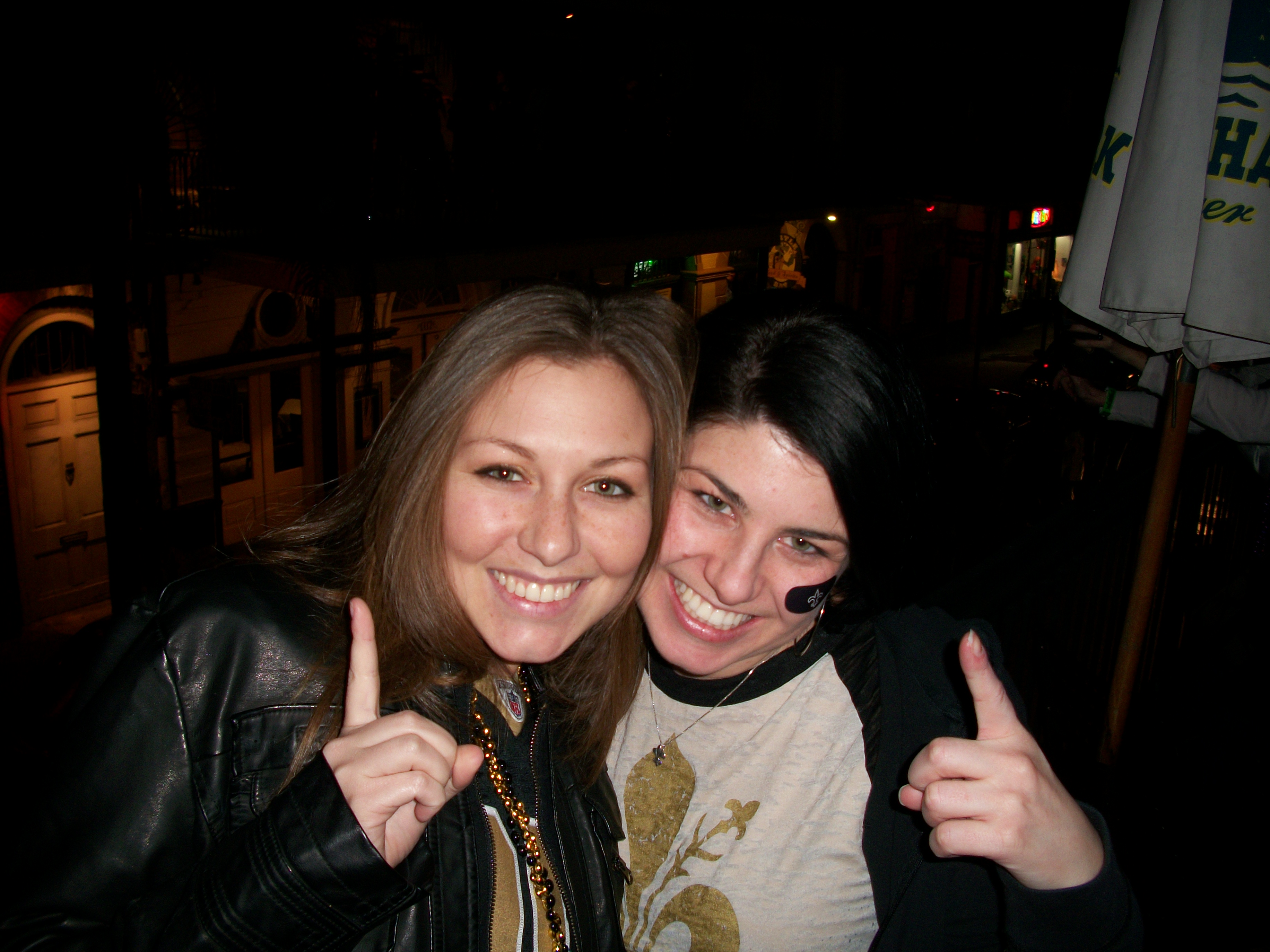 Brooke and me on the balcony

It gave new meaning to the song "Dancin' In the Streets"

We did end up heading to Bourbon and the walk among everyone was worth putting up with the crowds. The scene was something I won’t ever forget…walking past people and they want to high-five you at random. People cheering and screaming at random, pockets of people starting Who Dat chants…it was most definitely an experience! The city was full on Black and Gold…as illustrated in the picture of the statue below: 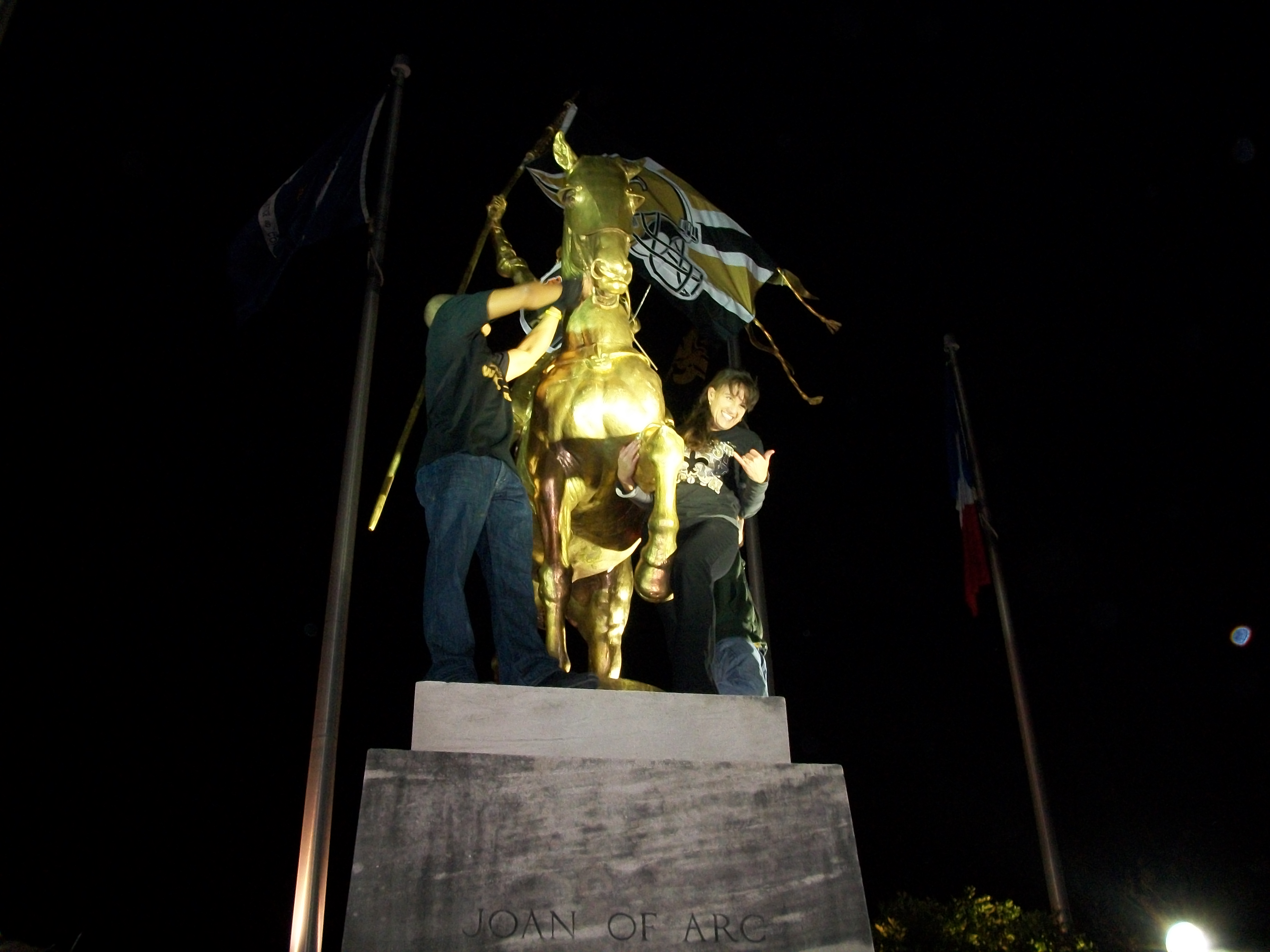 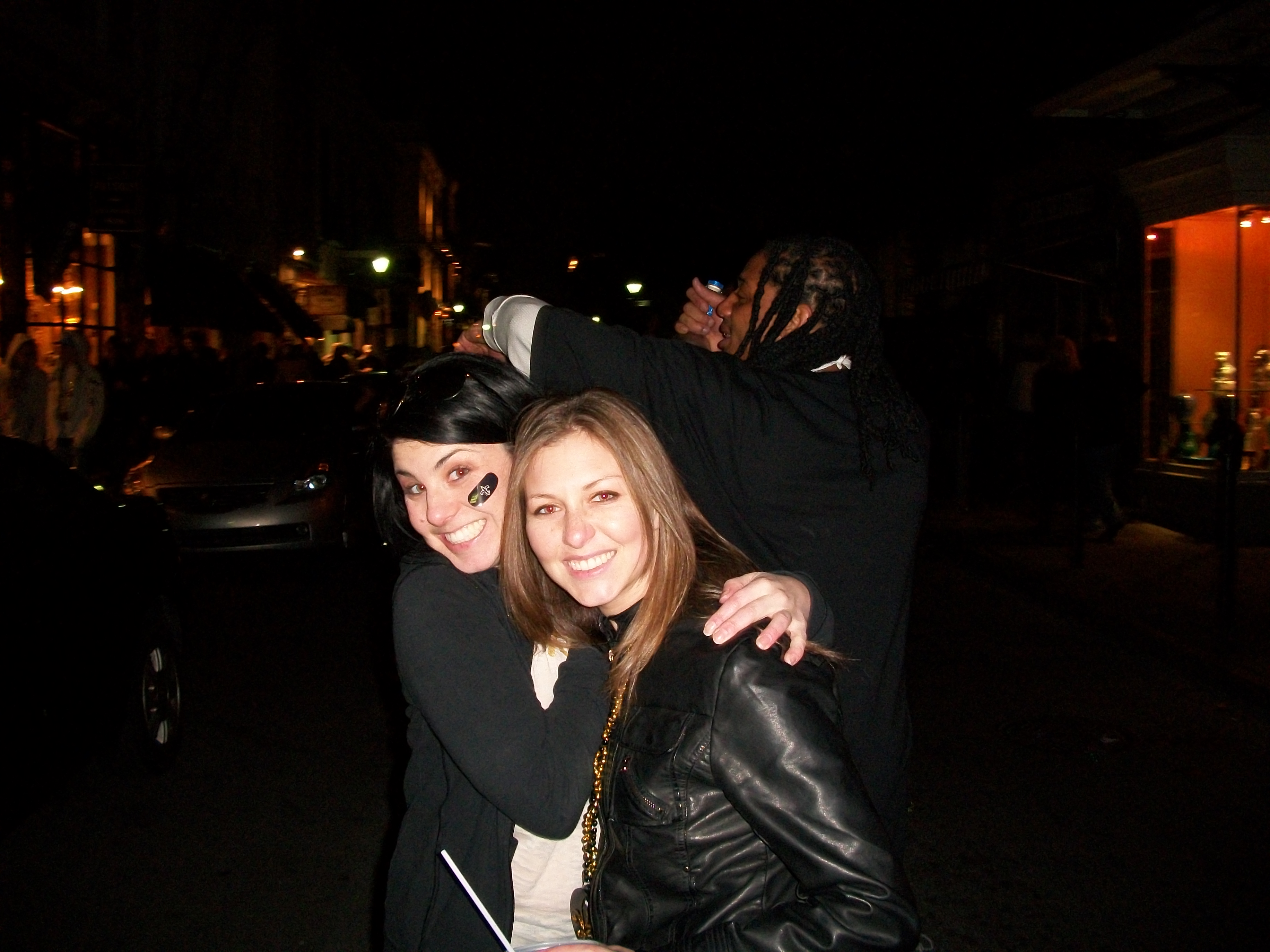 Brooke and me heading to the madness that was Bourbon

And now might also be the appropriate time to tell you that on Facebook, there are people who have listed “Drew Breesus” as their religious affiliation. They are hardcore fans. 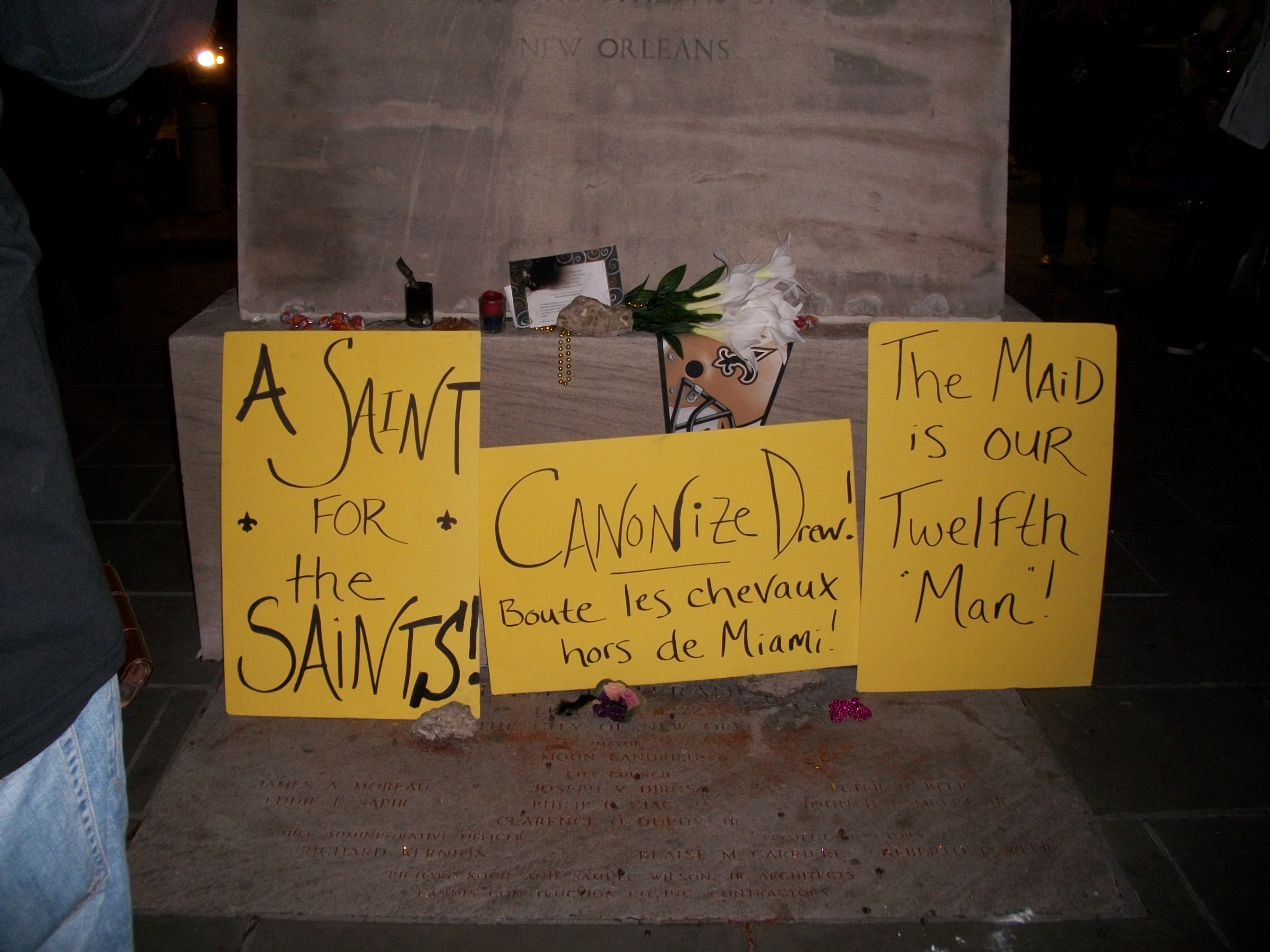 They call him Drew Breesus 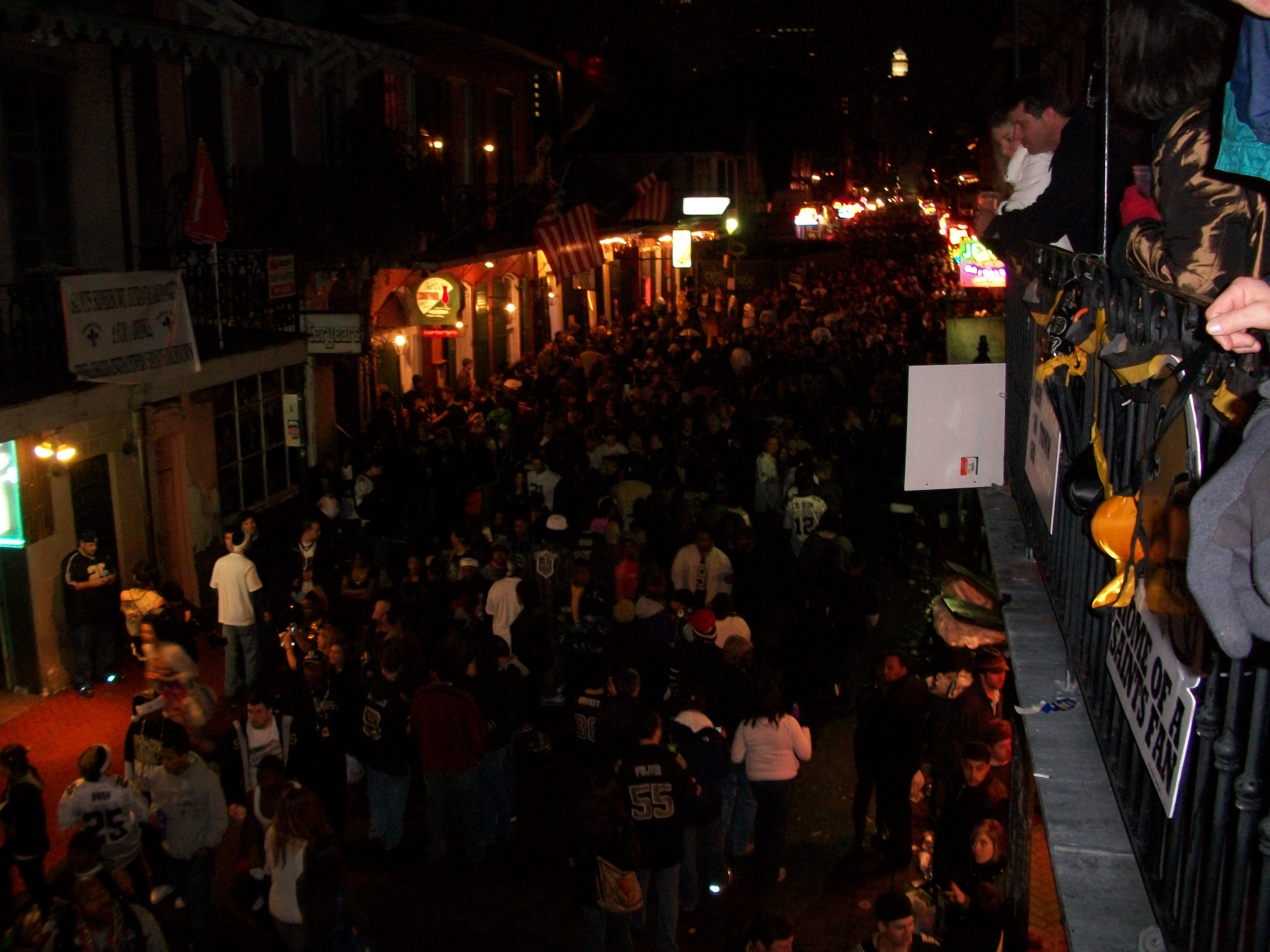 I have to say, the Saints win was truly an amazing moment.