While I didn’t realize that it was an endangered food, after experiencing the Po’ Boy Festival yesterday, I am totally in favor of saving/preserving/eating them.

After a brief stint of sleeping in Sunday morning, I did a little work and threw on some shoes (as per order of the text message I received:

Po boy fest. Put ur shoes on don’t worry about what you wear. Down here and it’s awesome…

So I did just that and was even open to dealing with the crowds and put up with horrible parking situations, and we all know that that right there is half the battle for me. 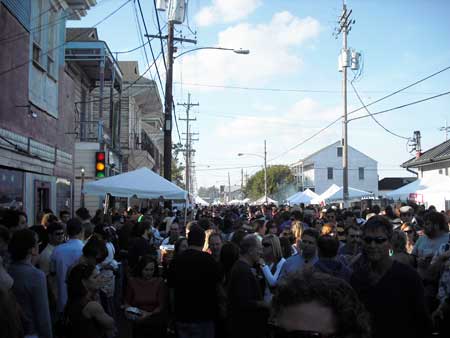 I met up with everyone around 1:30 at Maple Leaf Bar, which was pretty much home base the rest of the day. 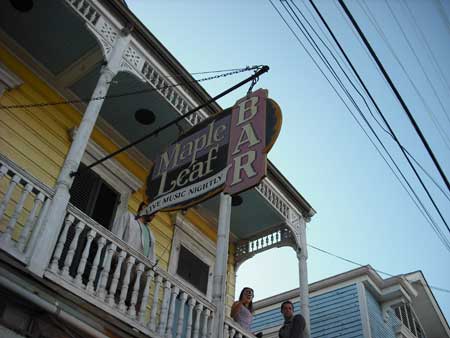 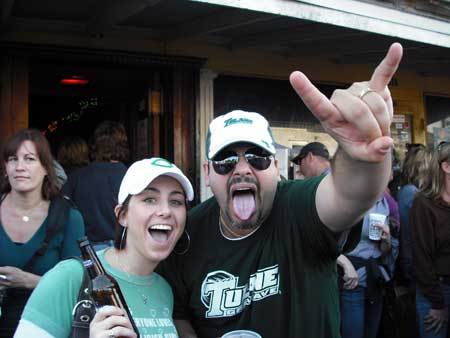 JP convincing me to go to Metallica later than night

We walked around the festival, with our pick of po’ boys surrounding us. Local establishments set up tents and tables all along the sidewalks and served a variety of po’ boy offerings, ranging from fried shrimp to a portobello muffaletta po’ boy (which was actually quite delicious and I’m not a big portobello fan) to a traditional pulled pork style. My only regret is not sampling more.

Of course, because I’m the woman who never carries cash, I had to hit up an ATM while there (shame on me, attending a giant street festival with only a card!) but props to my bank back home for not charging me to take out cash from other ATMs and reimbursing up to five other bank ATM fees. That right there saved me 5 whole American dollars.

Also on the list of things that were rad would be the loaf of bread I got for free. It was almost as tall as me. Yes, I know that’s not saying much but it was a good 3 feet of bread. I ate quite a bit (the Atkins diet has nothing on me) and dueled with it, since I wasn’t the only lucky recipient of a giant loaf of bread. And they encourage playing with your food at these kinds of events. 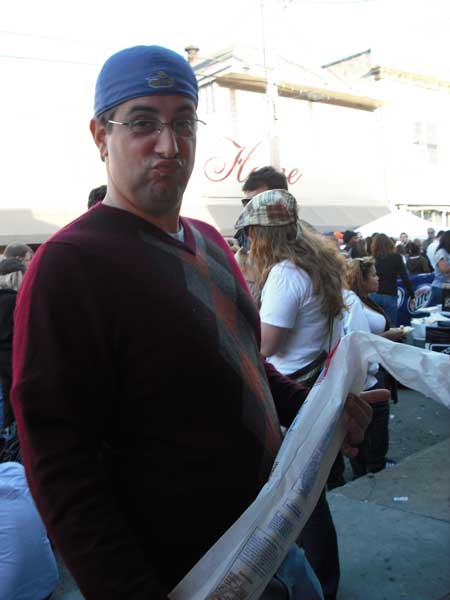 Large loaves of bread can also be used as a guitar

I think the pictures best sum it up, but I had an absolute great day with a great group of people. I even woke up this morning still riding the high of the fun I had yesterday. 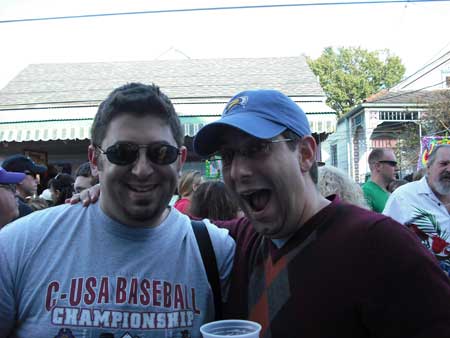 TSkaff and Justin outside of Maple Leaf 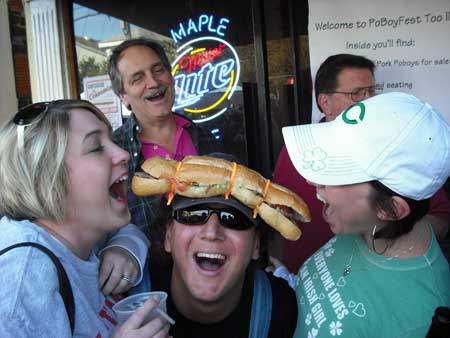 po boys everywhere, including a real one pinned to this dudes hat 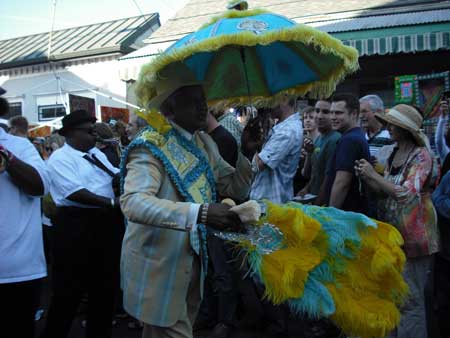 The Grand Marshall of the Parade 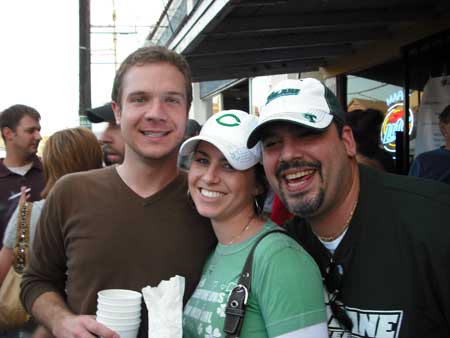 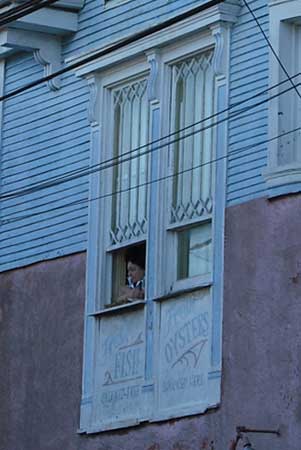 Taking it all in 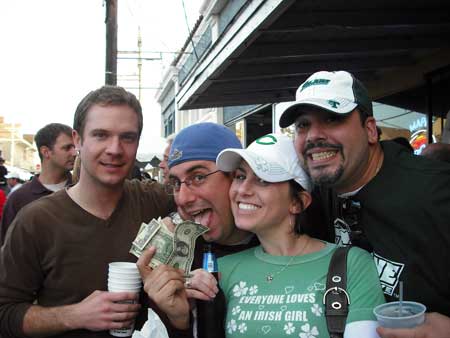 See all the money we saved on bread?