I love football season. I mean, I love baseball season but the two are different. There is something about the smell of football (shoulder pads, mixed with sweat, mixed with grass) that I love. I especially love it under the lights. I love baseball just as much, but in a different way. (I’m not sure why I needed to justify that but I felt the need.)

At any rate, tonight is Monday Night Football. And not just any Monday Night Football. This is the Saints taking on Atlanta. The UNDEFEATED SAINTS against the Falcons. It’s huge in this town. New Orleans is a football city. I mean, after the huge win over Miami last week, I actually got a text message on Sunday at 9pm that said something like, “Saints land at 10pm. See you at the airport.” Like that is totally normal to go to the airport. I didn’t go (obvi, I like sleep) but word on the street was that cars were lined up for miles outside the private airport.

This was the scene (taken from nola.com) at the airport. And the best part? The Saints players stopped to sign autographs. For a long time. Nice. 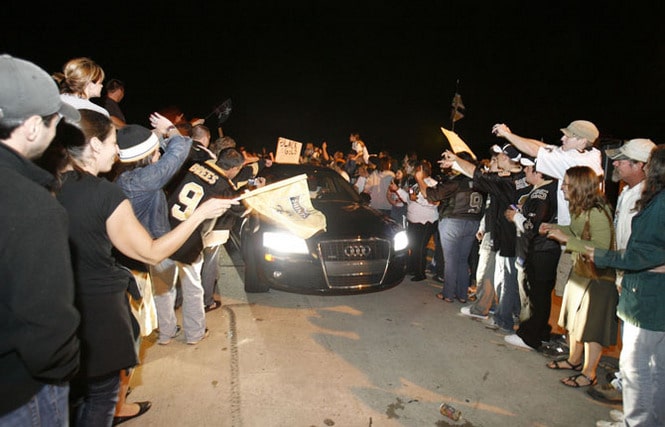 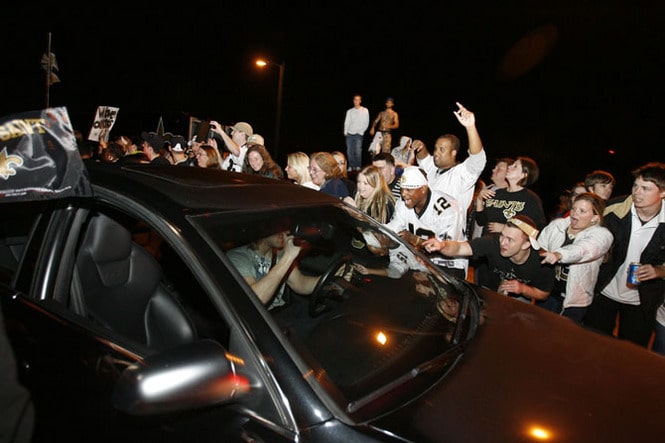 New Orleans has no pro baseball team so I can’t compare how they would be for a World Series event but I have to say, today….today, ladies and gentlemen, I was impressed.

It was Monday. No one likes Monday. Except the Monday where you get to wear Saints/black & gold clothing to work in place of a suit and tie. I went to work today (not in Saints gear because I literally didn’t get the memo) and I’m pretty sure everyone that I came in contact with today didn’t want to/was not working. (Not me though, I work all the time. Double on Saturdays. Triple on Sundays. All the time, in case you’re reading this Mike.) Why? Because they were all.getting.ready.for.The.Game.

Please note that The Game is capitalized. Because it is that important.

To illustrate my point, I took these pics from my car (when I was working) today at approximately 1:30pm near the Superdome. 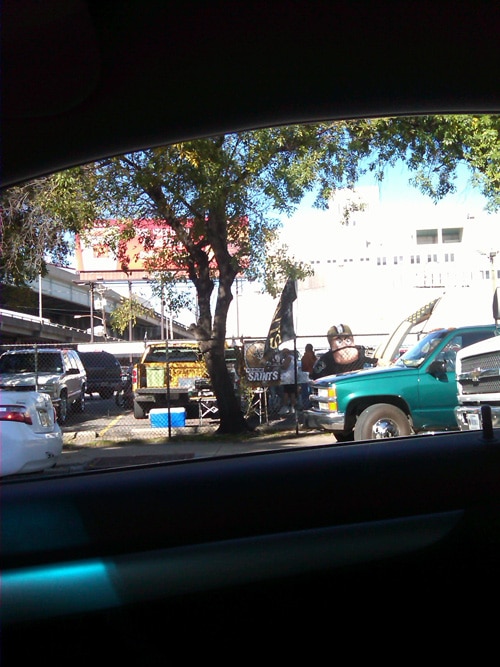 Yes that is a Saints blowup man 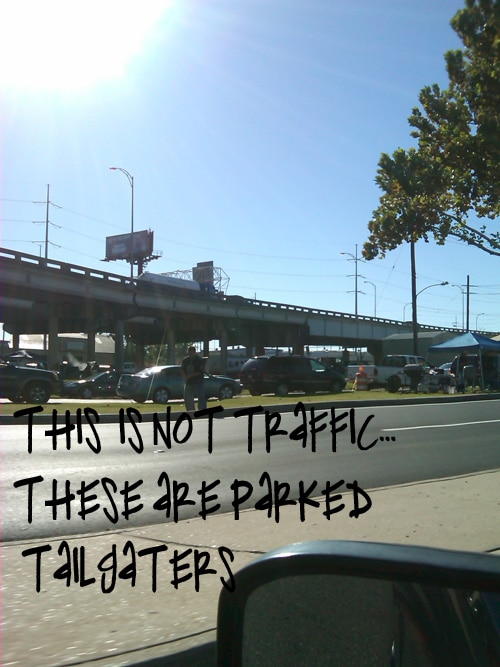 The tailgating started early. As in 7 hours early.

And these pics don’t even do it justice but I was getting ready to merge onto a major interstate and value my life so it’s the best I could do.

As I walked between accounts today, I was amazed at the buzz of activity. Oddly, the first thought that popped into my head was hmm, this sure is going to stimulate the local economy. This is also how I know I’m an adult. I think of adult things like the economy.

Everyone was in Saints jerseys, women donned black and gold boas and fleur-de-lis. It was really impressive. That’s really the only word I can use to describe such passion. And believe me, it is passion. 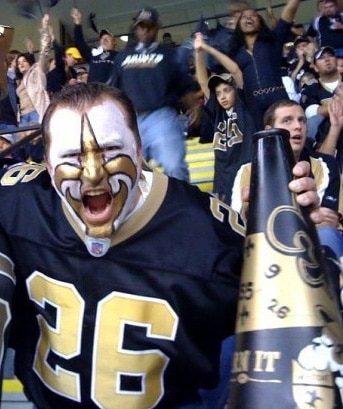 I know him. Seriously.

For my CA readers who haven’t experienced quite such a thing, don’t be alarmed. He is actually a very nice person.

But I just thought I would attempt to capture such a day/emotion/passion because, really, there is nothing like it. So I guess there really is just one thing left to say.