It makes me want to have my own house and DIY the hell out of it. On Saturday night and again on Sunday afternoon, I sat listening to the USF Dons baseball game online, while pinning.

In fact, the two meals that Dave and I ate on Sunday were recipes found on Pinterest.

I made Apple-Pancake Rings which weren’t bad, after some minor tweaks and accounting for some ingredients I didn’t have on hand. 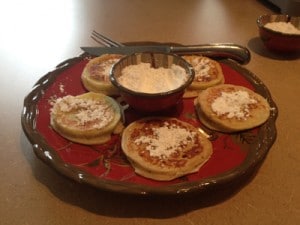 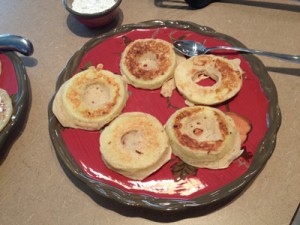 I’d make them again, but I recommend a double-dip into the pancake batter. And because I’m not a fan of syrup, we used powdered sugar which was a good thing because they weren’t terribly sweet. I might sprinkle a little sugar on the green apples prior to dipping next time.

Because I’m constantly scouring Pinterest for delicious-flavored things, I was inspired to throw out a dinner suggestion of chicken-caprese panninis for dinner and despite Dave being quasi-alarmed at my addiction to Pinterest, he supported this dinner thought.

Since we had to head outside to get the necessary dinner items from the store, and since the weatherman–in a shocking turn of events– was wrong about the rain coming on Sunday, we went for a hike in the marshland in South Napa before shopping. 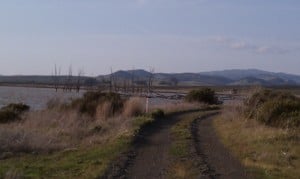 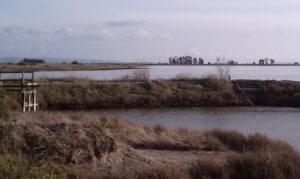 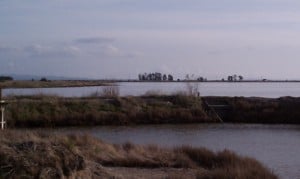 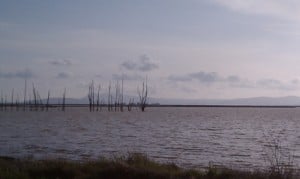 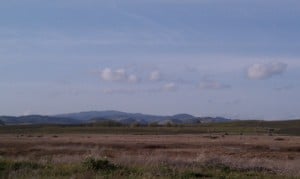 This was a good idea because I had spent the last 36 hours staring at a computer screen, scrolling through the new pins. I think Dave might have been a bit concerned about my mental state at that point, so his suggestion of the hike was a smart one.

I had no idea the marshlands in South Napa even existed for hikes! It was a perfect place to get out and stretch my legs after being inside and online and it felt good to walk around in the sun for a bit. We explored the trails for about 45 minutes before heading to the store to get the chicken-caprese pannini ingredients.

The dinner recipe was also a success, though again, next time I would marinade the chicken in balsamic vinaigrette or something. The flavor wasn’t bad but Dave and I both agreed it just needed a little something else.

I still have a serious Pinterest addiction, but at least Dave keeps me balanced with non-computer activities. I suppose he can’t argue with Pinterest as long as I keep making delicious things from the site, right??