We leave Europe one month from tomorrow. The end of our living here is near. So near that I somehow managed to lose a week and thought this week was the last of October. It is not (thank goodness) because I’m not ready. I mean, I am ready. Very ready…to see my family (I had a dream last night that, in addition to my new niece, my brother and sister-in-law had a set of twins in the time it took me to get home to California), to eat Mexican food, go to Target, take my food processor out of storage….a great many (and obviously very important) things.

But I’m also not ready. I’m feeling like I haven’t seen enough, or done enough of the things I had in mind when we decided to embark on this adventure. I haven’t reached all of my goals yet.

I had very grand plans back in August of 2012. By the time Dave earned his master’s, I’d be speaking conversational French and Italian; I’d have learned to cook the cuisines of my interim home countries, then take gorgeous photos of these dishes (among other extraordinary photos of the adventure), because I would have time to hone my photography skills, of course. I would get into a daily workout routine (to compensate for the bread, cheese and pasta, obviously); we would travel all over France and Italy and I would do all of this while growing my new business.

I genuinely thought I could do all this in two years.

To be fair, we did road trip all around France last summer, which was everything I envisioned. And I have developed a pretty steady gym routine. The rest? Sigh…

When it comes to languages, I gave up on French about three months in (while still living in France). Two languages just wasn’t going to happen, especially since they were to be self-taught. French was HARD and frankly, without very friendly people who were patient enough to let me stumble along the way (I’m looking you, Montpellier grocery store clerks), it was not meant to be. Determined not to feel isolated by a language barrier in Italy, and because Italian seemed more practical for the future (I’m going to be Mrs. Natali, after all), I focused on that. But I’m still not what I would call ‘conversational,’ as I had hoped. I’m more “enough to get by.”

With the end of the “goal timeline” in sight, I’m bummed I didn’t get farther along with my list of things to accomplish. Lately, I’ve especially felt this with my photography. I’ve cooked my way through two other regions in Italy, but the photos have turned out B-A-D (the food was tasty, though). It’s frustrating because, in my mind, I had this time in Europe to really grow and learn to do things I found interesting, or fun, or both and it would all come easy. I was going to take up all those hobbies I’d always thought about and told myself I’d do, but ended up not doing, and surely two years was time enough to become proficient. 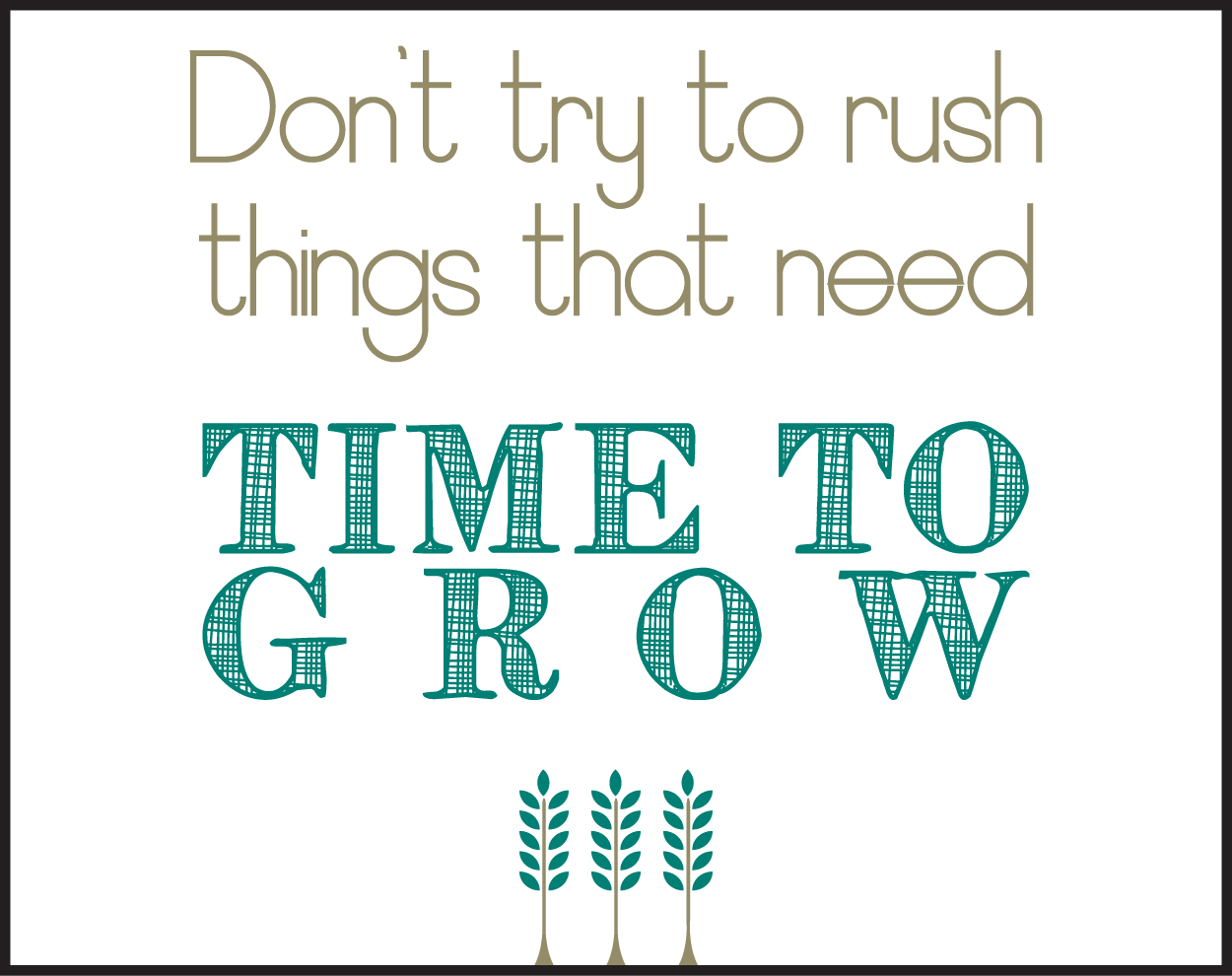 So why am I not a well-traveled master chef with a stunning collection of food photos, who can speak fluent Italian and has dazzling calligraphy skills? (Oh, did I not mention that one?)

Because that’s all one big jumble of crazy, that’s why.

Okay, not completely crazy, but a little. I mean, two years? For all that?

I’m trying to remind myself of this fact.

Two years is an admirable amount of time to dedicate to learning and practicing, but it doesn’t necessarily guarantee the mastery of a skill. Let alone a handful of them. I keep telling myself that all of these goals don’t happen over night, or even over the course of two years. They take practice. I was never going to wake up and just rattle off Italian, or snap beautifully-styled, delicious-looking photos off the bat. It all comes with time (are you listening, self?). But it’s still frustrating and patience isn’t exactly one of my finer qualities. On the other hand, if one were to look at my photos from when I first arrived in Europe, compared to the ones I take now, there is some clear improvement. We’re not talking Food & Wine feature photos or anything, but the progress is there. And I haven’t accidentally ordered fish gelato recently, so that’s a victory in its own right (Italians should really have chosen a different word for peach). And something of which I’m most proud, my business really has grown, for which I’m very grateful.