Emilia-Romagna is known for its foods and colorful markets and since Bologna is the capital, I was excited to visit. I’m going to be completely honest— my whole mission while visiting Bologna was to eat as much food as possible. And visit the markets. But mostly eating bolognese served in different forms. Tagliatelle, lasagne…if “insert-a-type-of-pasta-here alla bolognese” was on the menu, I was going to order it. Sadly, I didn’t even bother taking many photos of all the bolognese because I was that focused on tasting the deliciousness.

But the added bonus of this trip was discovering the city of Bologna itself. The beautiful arcades that lined the streets, the feel of the history with in the city and the buzz of activity (thanks in large part to the students attending Europe’s oldest university) made for much to see. 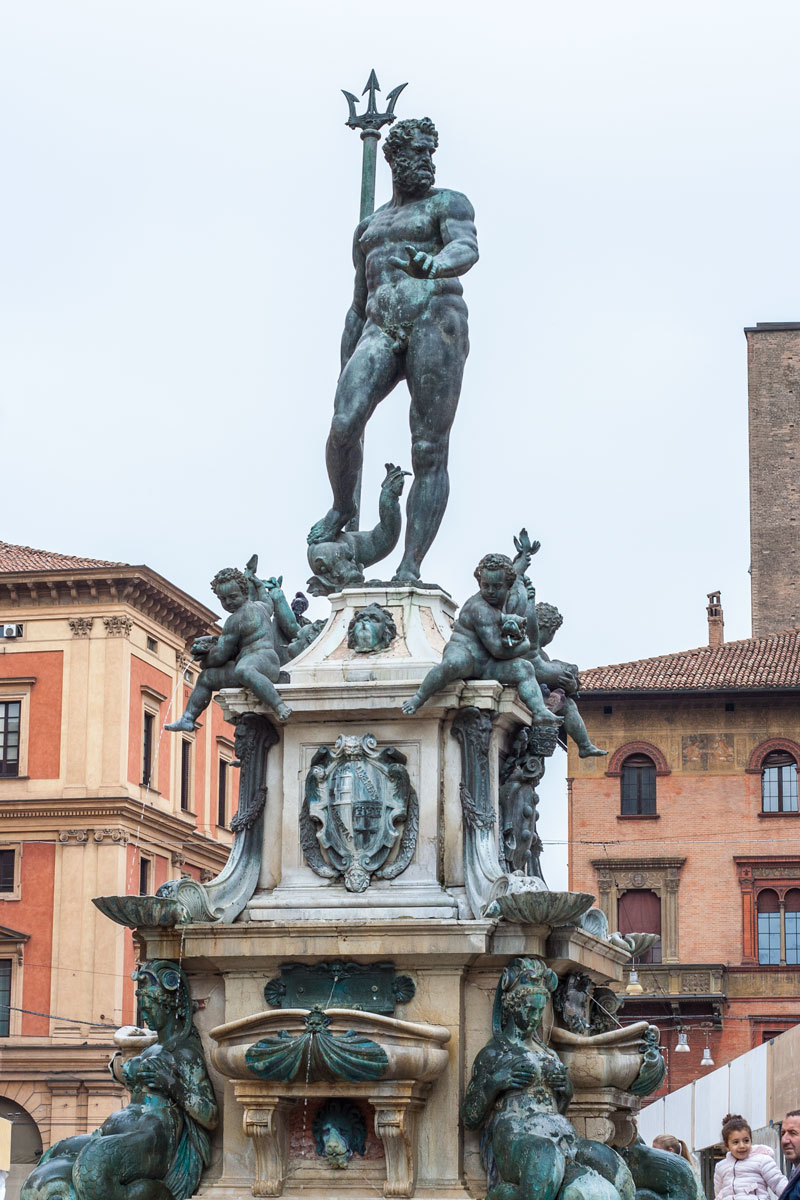 We actually arrived in Bologna on a Friday night and got situated in our hotel before getting ready to head into the city. A note about our hotel: it was actually more of a really weird apartment they called a “suite,” across the street from the hotel. We booked it since it was the same price as a room, but boasted a kitchen. The identical prices should have been our first clue. As the bell boy led us across the street to the apartment building, we were joined by little old ladies bringing home their groceries and college students getting home from a day of school, i.e., actual residents of the apartment. Bizarre.

Anyway, we were about a 20-minute bus ride into the city center and after tracking down bus tickets (apparently not all the buses sell them) we got to the city and were immediately relieved that we’d chosen not to drive in there. It was a complete mad house. The streets were jammed and even the buses that passed each other in opposite directions felt as though they were going to take each others’ side mirrors off. It was a little white-knuckle, to say the least.

The activity actually made it difficult to navigate some of the markets that I’d wanted to see, which was a bummer because when we returned on Sunday, most of them were closed (duh, I should’ve known).

We ended up at a little tavern restaurant, where I enjoyed some lasagne alla bolognese (obviously). Post-dinner, we wandered the streets, ducking into the shops that looked interesting, including the Eataly Marketplace, which has stalls of any food or beverage item one might desire. Dave found some artisan beer (a rarity for us here) and we enjoyed hanging out, getting a feel for a city that seemed to always have something going on. My enjoyment was magnified, as I wandered through the streets with the best salted toffee gelato I’d ever had.

Sunday was really the day to take in the sights of Bologna during daylight hours. It gave us a chance to get a feel for the architecture and the history of the city. My only regret is not getting to explore the markets more. The colors of the ones that were open on Sunday were so vibrant. (I’m such a sucker for colorful, fresh foods. To me, there is just something really natural and pleasing.) We explored and took photos most of the morning, enjoying one last bowl of bolognese at a small restaurant that we’d heard about online. Osteria dell’Orsa was a first-come, first served, no reservations kinda place that the locals clearly knew about. Not wanting to miss out, we arrived at 11:55 for their noon opening and waited. We weren’t even the first to be seated!

It was a perfect lunch spot, with small tables, frequently pushed together for communal eating if necessary. The food had the feel of home-cooked and the prices were great (6€ for a giant bowl of tagliatelle all bolognese? Don’t mind if I do!)

It was a perfect sendoff and our post-lunch departure also made it possible to drive through the Tuscan countryside on our way to Siena, for the last two days of our adventure. 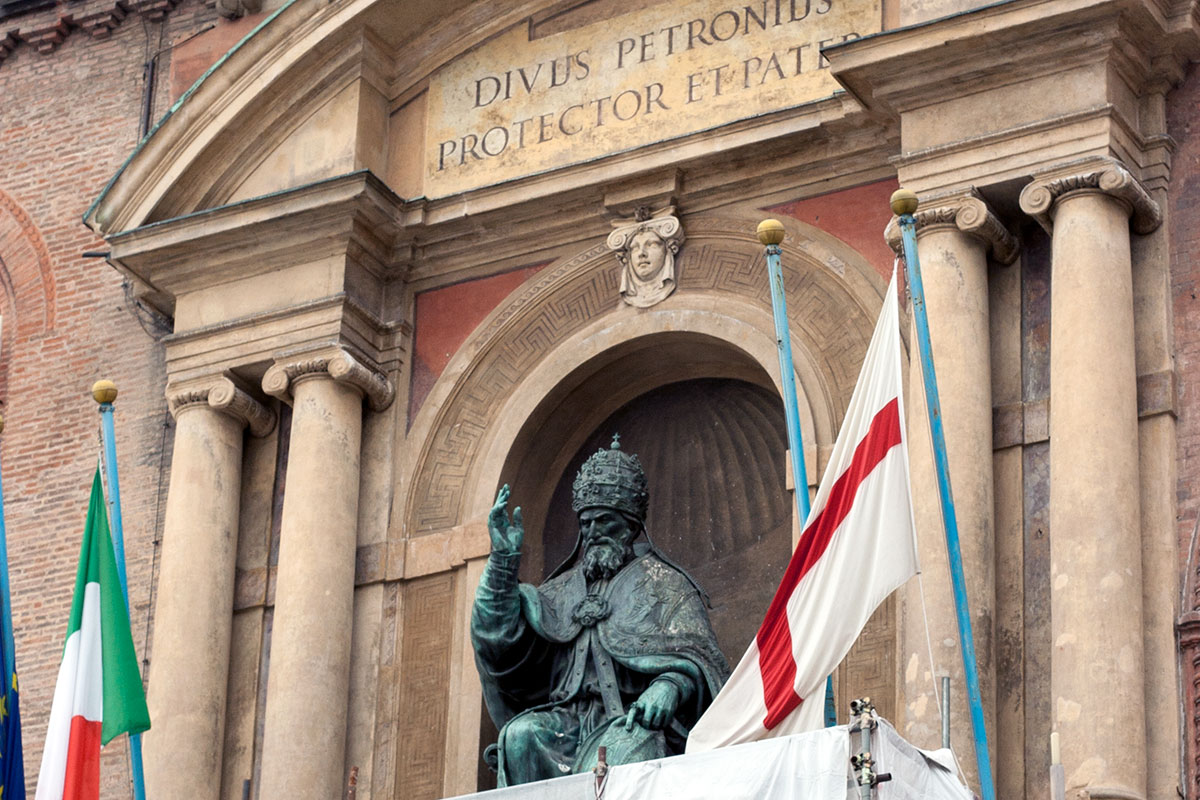 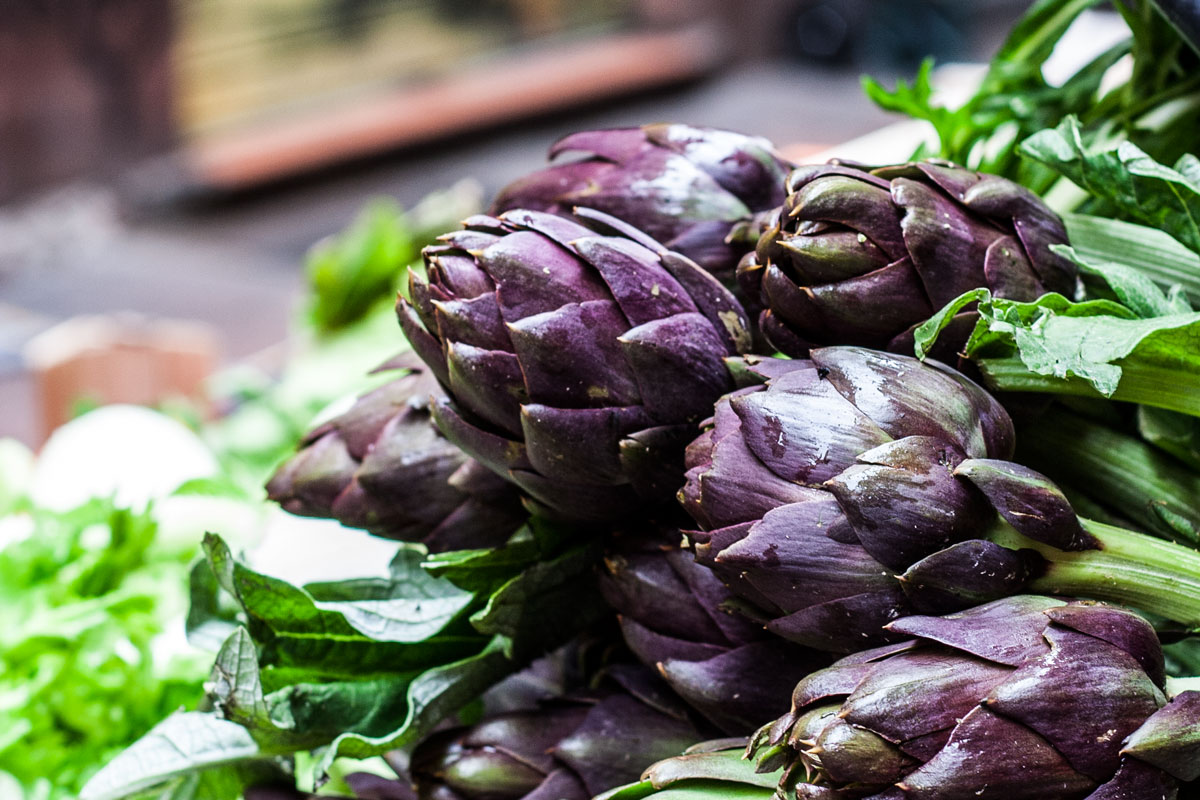 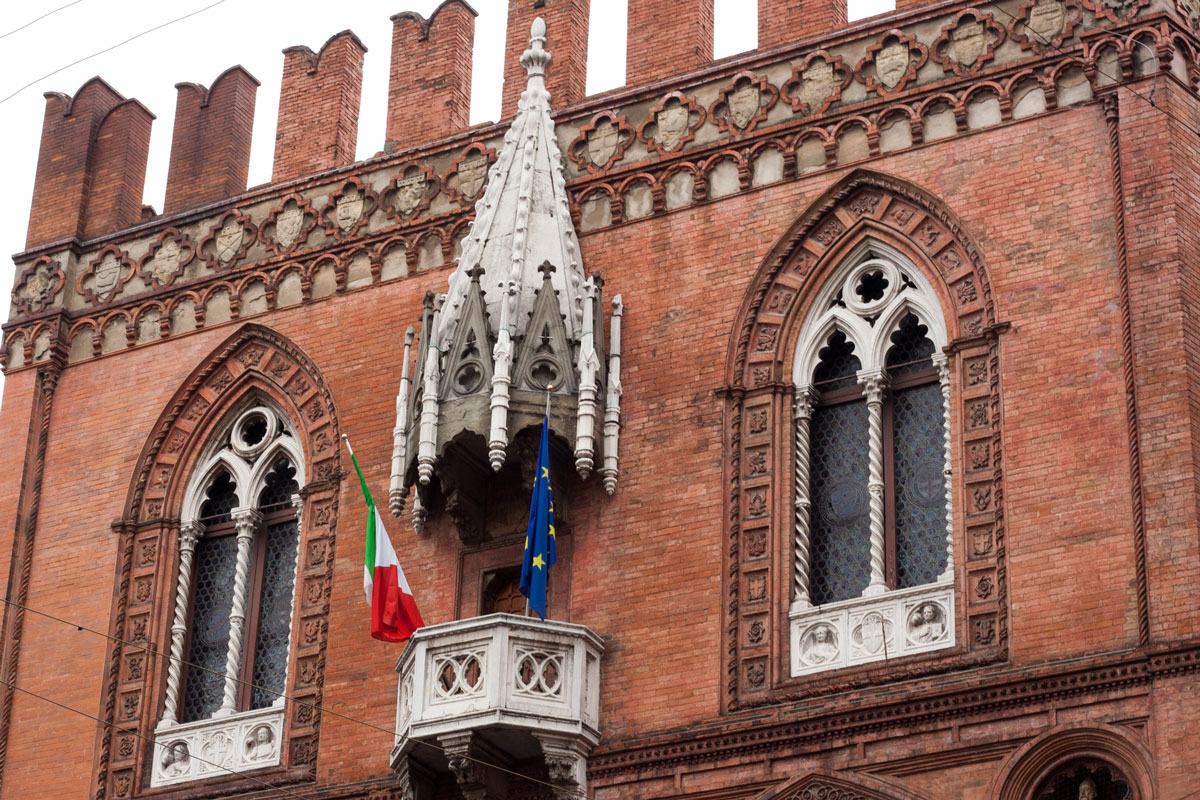 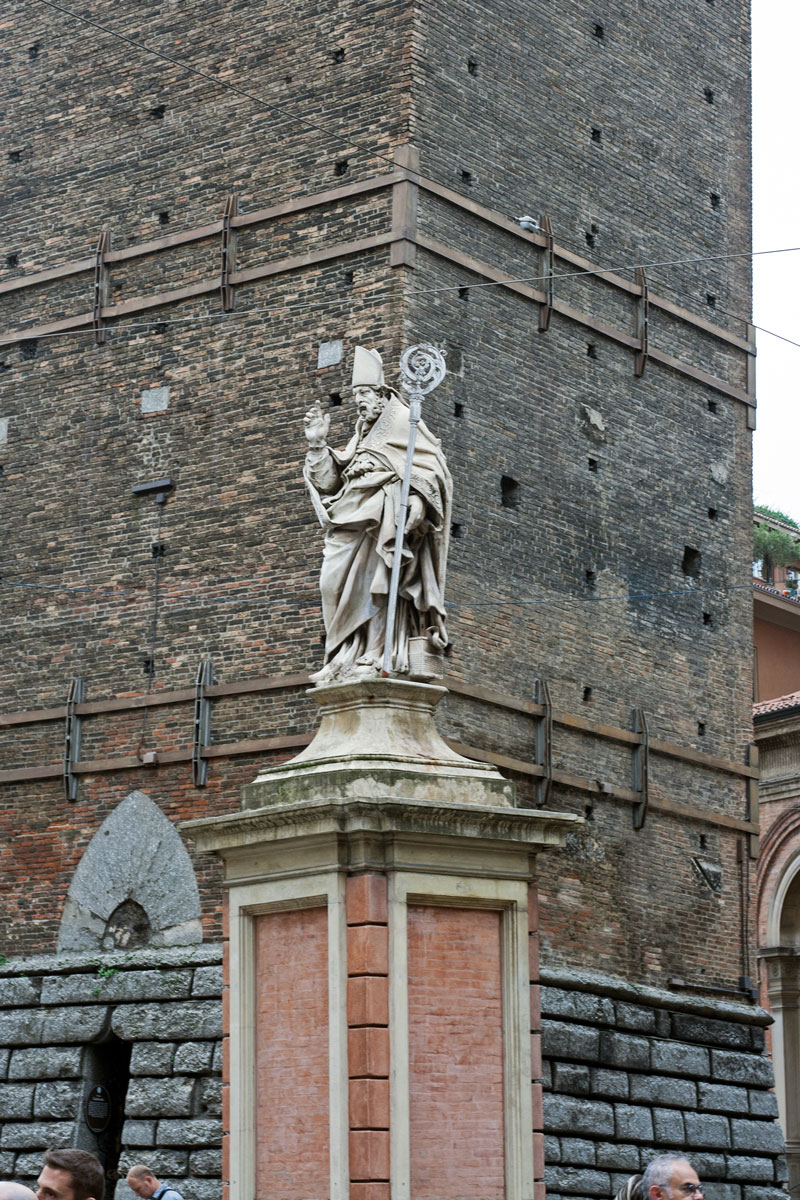 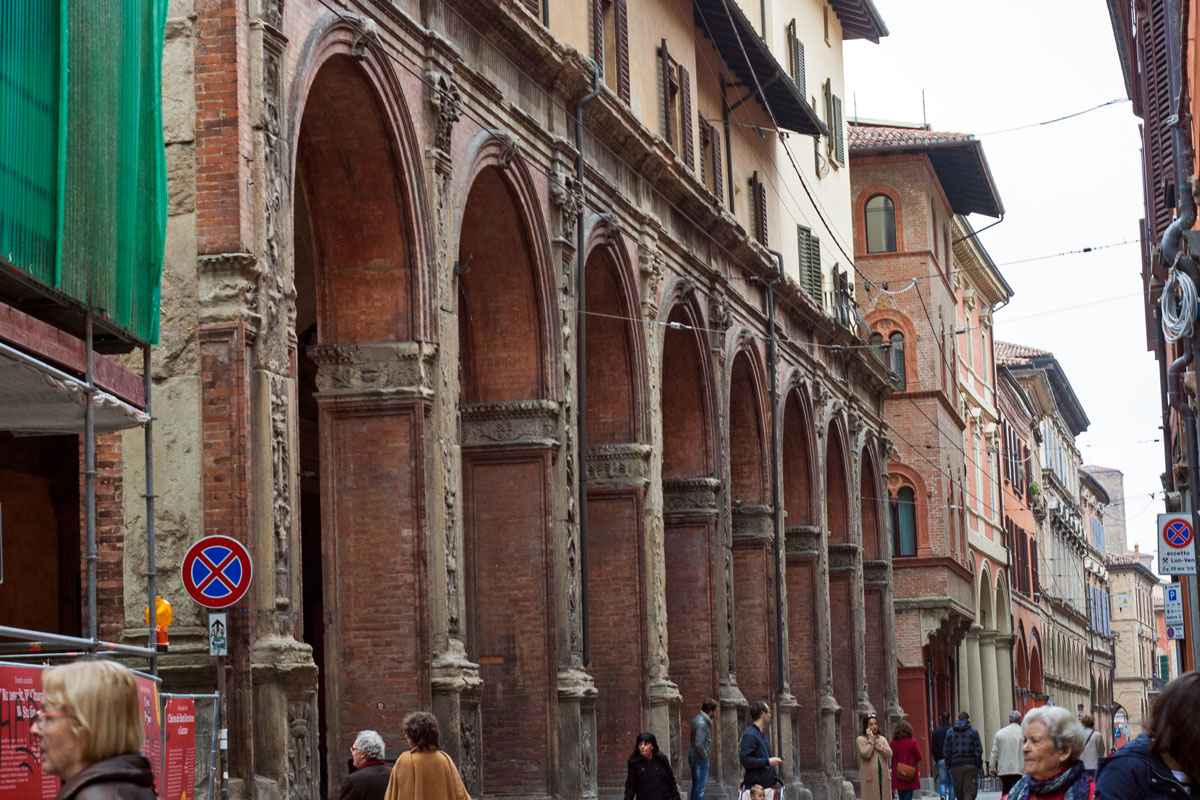 the arcades of Bologna 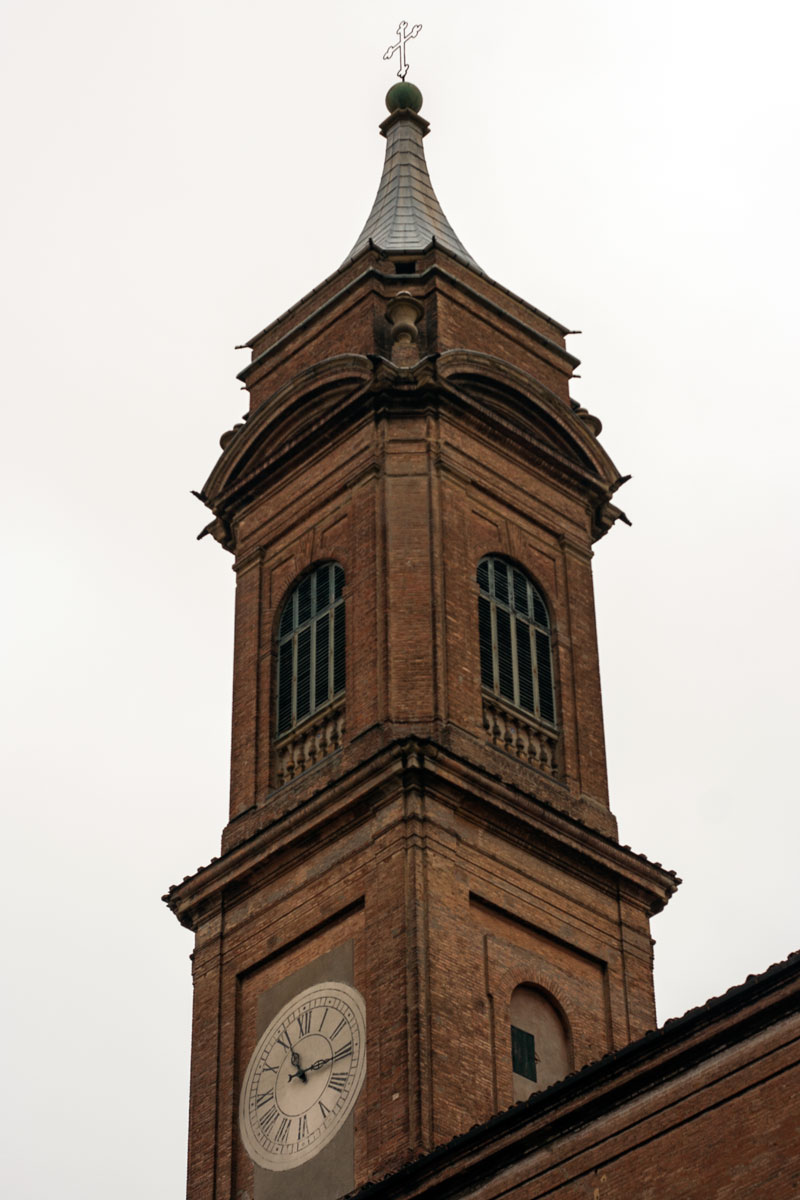 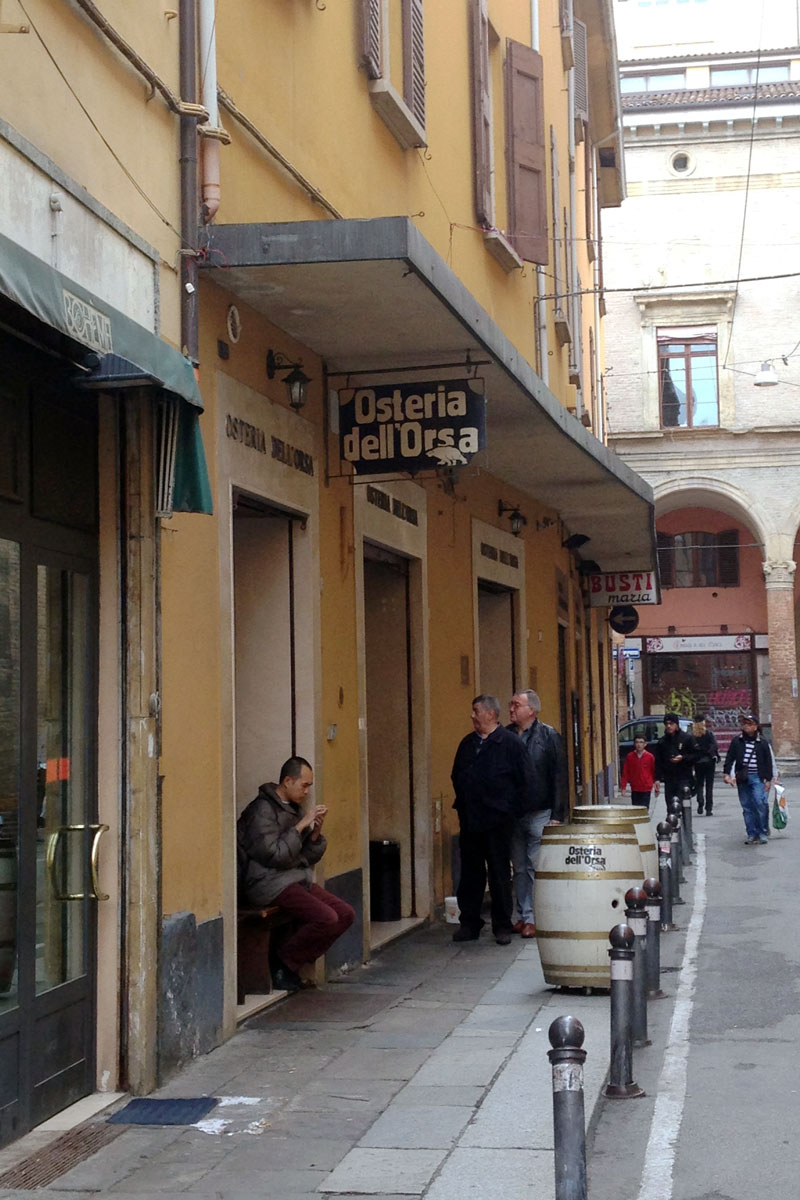 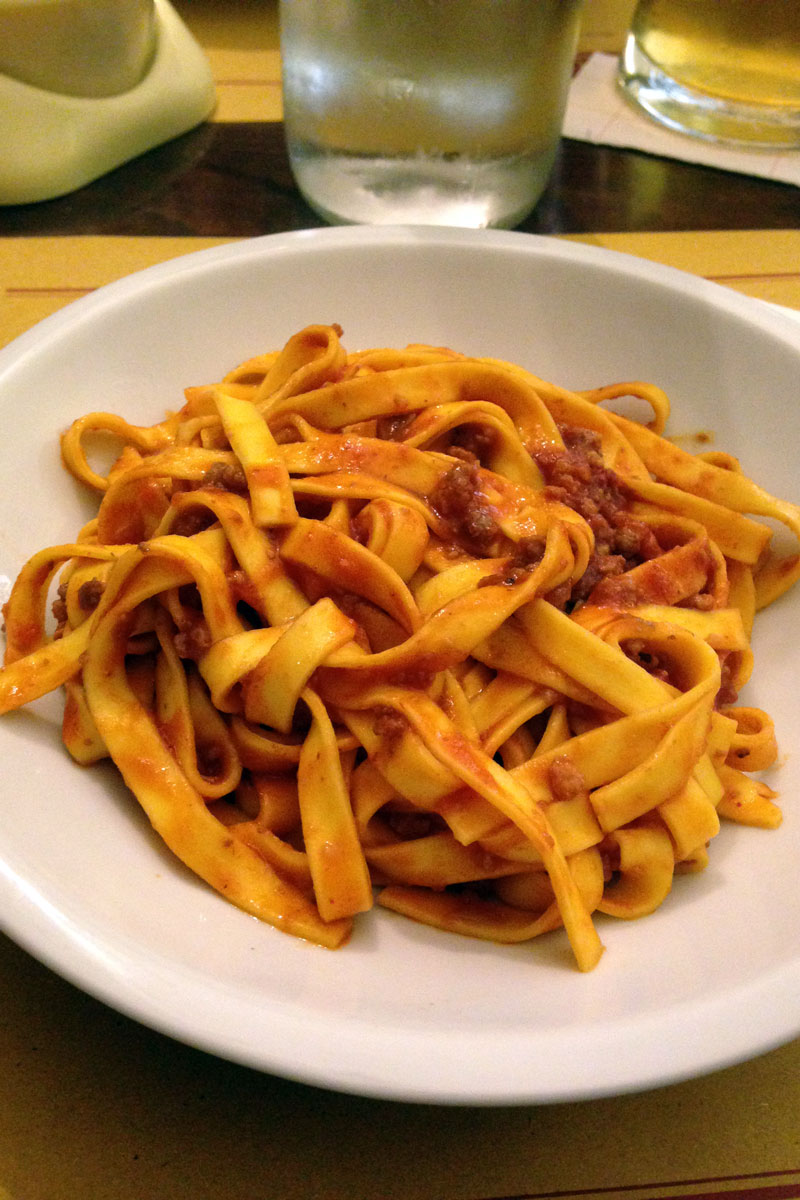