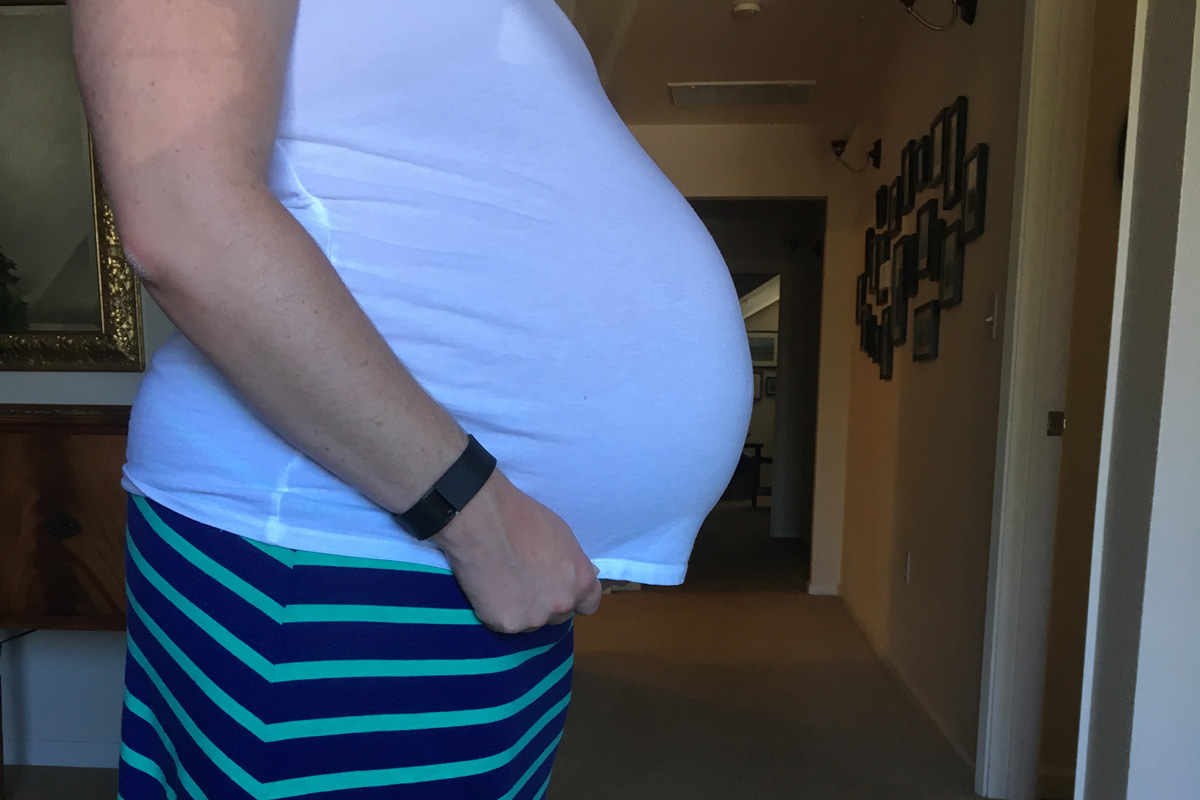 I was officially 40 weeks yesterday, which means my due date was October 20. Not October 24, as we had originally thought. Funny story: the ultrasound tech had told us October 24, and that was the last date we heard, so we went with it. My doctor always operated in weeks, so I just assumed they lined up. Come to find out, they didn’t…not that four days is a huge difference, but still.

We are anxious to meet this little guy or girl, but I continue to think s/he will be late (which is technically true now, on account of the whole October 20 due date). S/he is still moving a lot, and I thought these babies tend to slow their role as they get closer to making their escape (as Dave calls it), so if that is any indication, I’ve got time. That said, I’m ready for anything. I haven’t hit that point that many women seem to talk about— that point where they are just ready to be done, like “get this kid out NOW,” which is another reason I think the kid will be late. Certainly I will be hitting that point soon, right?

A few things on how this whole pregnancy has been:

For now, we just sight tight…and wait. (Which is awesome for me, on account of how I’m just so patient…I can almost hear Dave laugh from the winery in Kenwood as I write that.) The doctor says I definitely won’t be pregnant beyond November 3, as that is the two-week mark from my due date and, assuming I make it to my next appointment on October 26, we’ll start planning an induction, so it’s definitely getting real.