At least it was three weeks ago when I went there! Three weeks to get a blog post up {shaking my head in disgust}. Yowsers.

Being that September and October are the busiest months for both Dave and me (and with Harvest 2011 being so late, we might as well throw the first couple weeks of November in there too) we made a point to make the most of our intermittent days off.

That said, we took a day trip to the beach on a random Tuesday almost a month ago. We went to Whole Foods in the morning to stock up on picnic-y things like fruit, baguettes, cheeses, marcona almonds and scharffen berger chocolate, because neither of us have any willpower when it comes to chocolate. We picked up a bottle of wine and it was then we realized we forgot wine glasses. Whole Foods didn’t have any disposable ones, so we may or may not have taken plastic cups from the olive bar at Whole Foods to be used as wine glasses. Mostly because we’re classy like that.

We drove to Bolinas, bundled up of course, because it is a Northern California beach, after all, and enjoyed our picnic. We threw tennis balls for the handful of dogs whose owners had long since gotten bored of the throw-fetch-repeat routine. Then we realized the dogs were more interested in sniffing around our picnic than fetching so that ended that game. 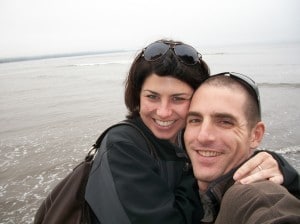 We continued our drive until we hit Hog Island Oyster Company, where we stopped on the way home to pick up dinner. (Delicious.) 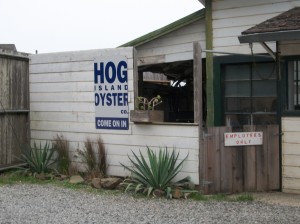 It was the best random Tuesday I’ve ever had.

2 thoughts on “Life's a Beach”