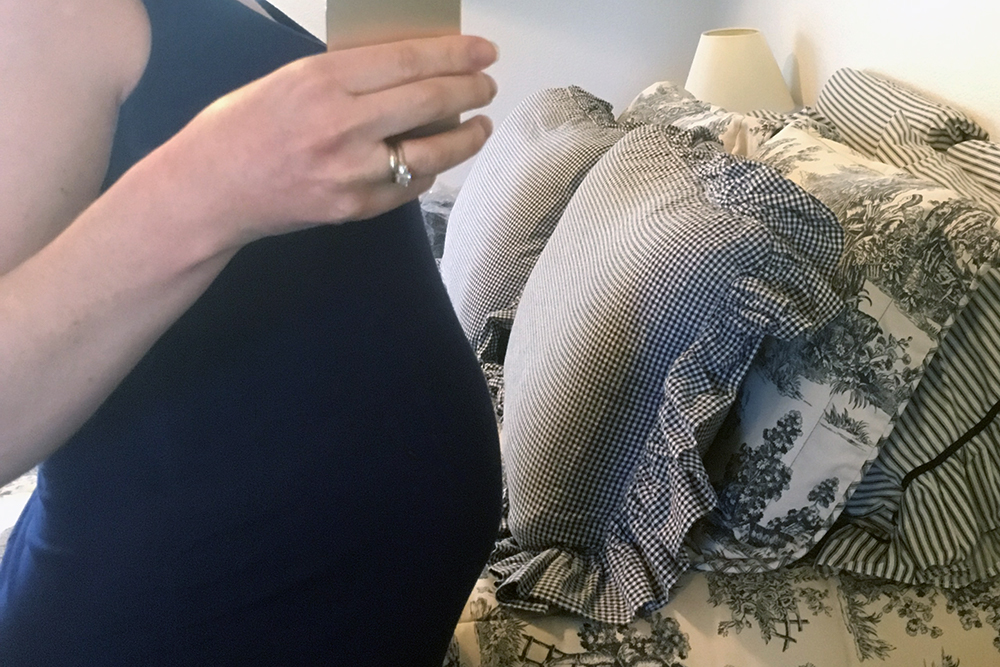 I’m officially 22 weeks into this pregnancy! We had the 20-week ultrasound earlier this month and we (and by “we,” I mean “me”) were able to resist the urge to find out the gender of this little nugget, but according to the tech at the hospital, she wasn’t sure she could have confidently told us anyway, because apparently my child is not a morning person (definitely a trait inherited from my side). Twice now we have gone for ultrasounds in the morning and this kid didn’t feel like moving around. They had me pacing, rolling (to see if gravity helped), eating, drinking, coughing…all of it. Nothing. Apparently the kid was comfortable. Or stubborn. Or both. We actually had to return to the hospital later in the week because the 109 images they took at the 20-week appointment weren’t enough to get a full picture of the kid’s spine. So I made a late afternoon appointment. And we were successful. The images needed were taken, analyzed and we’re happy to report all looks well.

The official due date is October 24, so we’ll see how that goes.

A few items of note (a.k.a., what I want to remember, but probably won’t be able to recall on my own later on):

A little over halfway there already…I can’t believe it. Since we’ve done all of nothing in preparation for this kid, we should probably get on that. This weekend might consist of registering for baby items, so for all of you moms (and dads) out there, please leave me a comment with the items you absolutely could not live without. (Or, the items that were fluff that aren’t really practical/worth it.) It would help me out tremendously!