Edit: I wrote this Weekend Routine post while still pregnant and now that Luca is here, I will have to do a post to compare to our new reality. For now, here are some thoughts as if we were still a couple and not a family of three…

I was talking to my aunt a while back and she was telling me that, after raising four girls and getting them off to college, she doesn’t really remember what she and my uncle did on the weekends before having kids and thus, the inspiration for this blog post, in order to remember what our routine was.

We typically try to have one weekend day of activity and one of rest. It doesn’t always work out that way, but we try…

(because let’s be honest; the weekend officially starts then!)

We usually hang at home and watch any Hulu shows we may have missed during the week. It’s not very exciting, but after a week of work, especially with all the driving Dave does, we prefer to just enjoy being in our house. Sometimes we’ll go out and grab dinner, so we don’t have to cook, but usually we bring it home. It’s not glamorous, but it’s comfortable. I also feel like there is a chance this could actually stay the same when the baby arrives. Maybe?

Saturday tends to be our errand-running day. We usually have a slow morning, sleeping in as best we can, drinking coffee (sidenote: how I miss the coffee…I haven’t had any “leaded” coffee since being pregnant and not that I miss the caffeine, but I do miss the routine of sipping a cup in the mornings. It was comforting. The decaf lattes I sometimes grab on the go aren’t really the same since I’m out and about when I have them.)

Usually in the morning, we FaceTime with Dave’s parents in New York, around their lunchtime and check in with them. Afterwards, we get cleaned up and head out to run errands. They typically include, but are not limited to: Target, HomeGoods, grocery store, etc. If we didn’t eat out the night before or don’t have a ton of leftovers in the fridge, we may grab something for lunch while we’re out. On the off chance that we need to run errands out of town (i.e., Costco or something) we’ll try to do those first, but there is something about sleeping in and having a lazy morning that trumps all, so inevitably the out of town errands get a late start.

Saturday night dinners are usually a joint effort. We enjoy cooking together and I usually leave the weekends blank as far as the weekly meal plans go, so it opens it up for us to try something new together or do more in-depth recipes that are easier with two sets of hands in the kitchen.

Sundays tend to be our day of rest. We attempt to sleep in and I’m much better at this than Dave. He is so used to getting up at 5:30 or 6 for work that it’s hard for him to sleep in when he has the chance. I’m not really an early morning person, as much as I would like to be, so dragging myself out of bed Monday-Friday is a lot harder for me. But Saturday and Sunday sleeping til 8? No problem. I will miss those days when Baby Natali arrives… 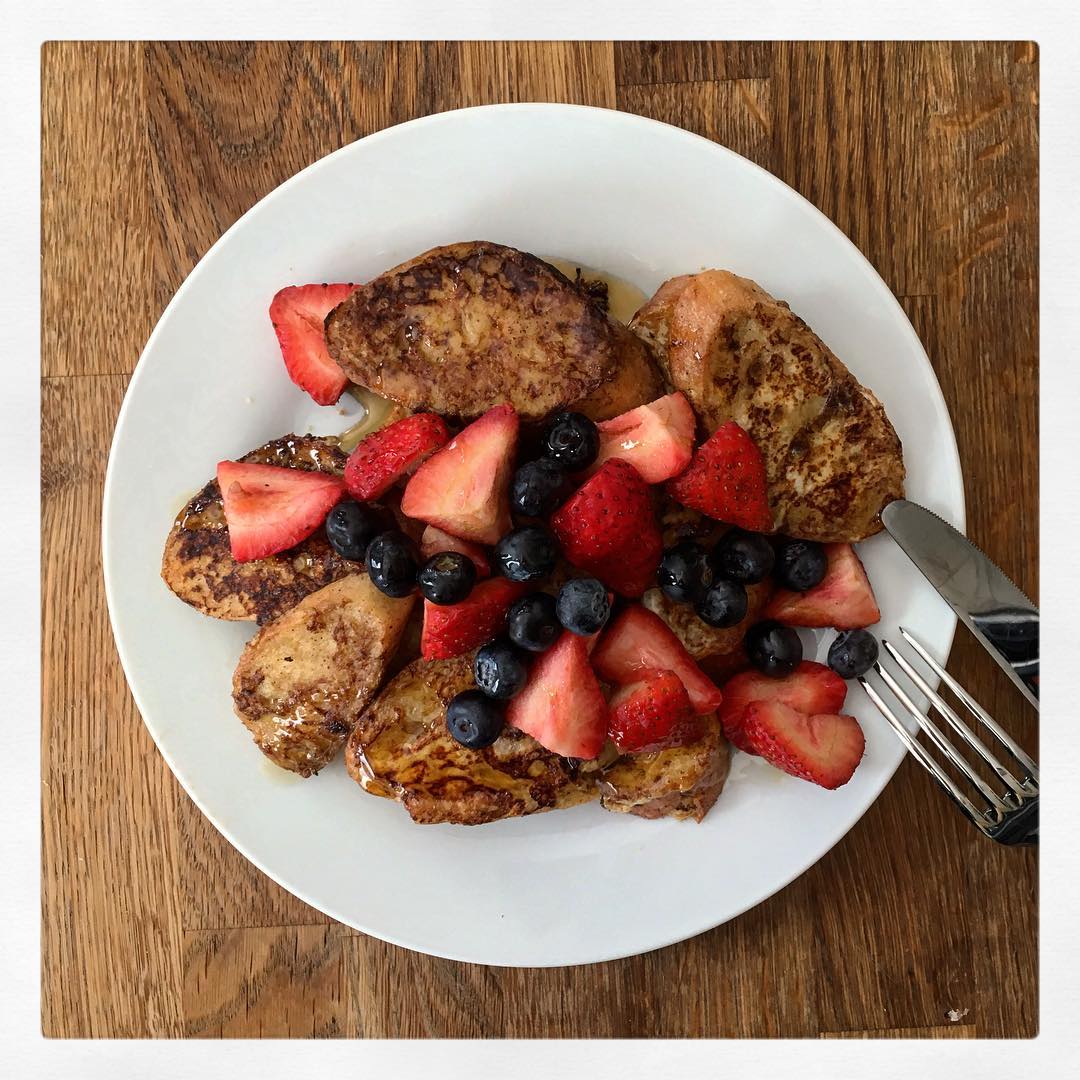 If Sunday is our day of rest (and not our errand day) I will often make something delicious for breakfast: pancakes, French toast, a Dutch baby…something that just takes more time than I would have during the week when cereal and oatmeal are on the menu. This usually means we aren’t terribly hungry for lunch, so we just hang and straighten up the house and get ready for the week. If the weather is cooperating (read: not a million degrees) Dave will make bread for sandwiches during the week. He makes a mean baguette and his whole wheat loaf isn’t too shabby, either. Sometimes, I will just hang out and scrapbook. Occasionally, our “day of rest” includes a family dinner, so we’ll get cleaned up much later in the afternoon and then eat with the family.

Truly, the weekend routines aren’t that exciting, so I’m hopeful not *too* much will change when the baby comes, but realistically, I know it might. I have a sneaky suspicion only one of us will run the errands while the other stays home with the baby, but maybe not. I also suspect that the errands won’t be as leisurely and the “hey, should we swing by Cost Plus since we’re in the neighborhood” questions may dwindle, as the kid dictates the schedule, but we’ll see. Eventually there will be kid activities on the weekends anyway…and those days of sleeping in til 8? Those are slowly approaching memory status, but we’ll happily trade all of it in when we become a party of three.